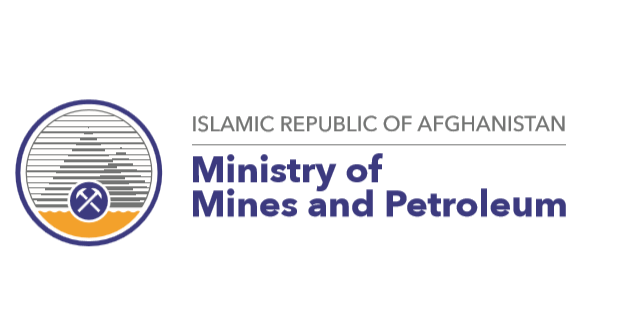 the people of this land have played effective roll in mining from several years. Artifacts made ​​of azure stone belong to 4,500 years ago, has been discovered in Mesopotamia. It should be mentioned that the lazuli appearances only exists in Afghanistan in this hemisphere. Naturally, during this period the mining process were based on experiments exploring the surface rather than the underground, except some gold, silver, copper, rubies, emeralds and stones with metal deposits.

In early 1841, British troops searched to find the exporting mineral resources that were used as trade for industrial products in England. In 1888, a new plan of systematic minerals was begun by the British Geological Survey (BGS) as some of their operations.

Documents provided by British geologists in 1890 indicates that the largest iron mine of Haji Gak, considered as one of the richest mineral deposits in Afghanistan, locates in Bamyan province. To implement the Mineral Resources, the Russian delegation entered Kabul in 1919 for the first time. In 1920, American geologists participated in the mineral survey activities in Afghanistan.

In 1937, Afghanistan granted license to domestic exploration companies – New York to explore oil reserves across the country, but because of World War II, the company withdraw its privileges after one year

After World War II, the exploration activities continued in agreement with France and some researches in the south of Afghanistan by Germans in 1950, later that the research was conducted in 1954 by Swedish geologists.

In 1958, the foreign donations from the Soviet Union were running; when the Government of Czech Republic also participated in the process, providing aids by the Russian experts.

During 1960, exploration and surveying activities in the south of Afghanistan were given to German, French and the American people while the Soviet Union focused on northern areas of Afghanistan. The French interferences continued only till 1970 until the Totaal oil company performed some studies

in Katavaz basin of Afghanistan.

After the coup done by Sardar Mohammad Dawod khan in 1973, Soviet influence increased, but the presence of western experts decreased. The mineral extensive researches were conducted during the Russia under controlled period and the great potential for the development of minerals in Afghanistan may have some incentives for Russian invasion in 1979. It is worth mentioning that these reserves have been destroyed through transferring from Afghanistan or during the Afghan-Soviet war and only some controversial clues have remained from those researches.

During Soviet occupation, a considerable growth has been noticed in the exploration and development of carbonated areas of Sheberghan and exploration of oil and gas in the other two basins. Research on coal resources and the excavation of coal resources, limited drilling of Haji Gak deposit and some essential drilling work and the exploration plan of resources have been executed in the area of Aynak copper deposit, but these activities had been never done to the extent of a business level.

Most of the remaining information about these reserves or the less explored areas has been held in remote locations by the staff of the Ministry of Mines during instability period (1979 to 2001) that was returned back after providing security in the region by international forces in 2002.

Subsequently, resurgence on identification and exploitation of mineral resources in Afghanistan shall begin to recognize that mining has a vital role in the long-term economic stability of Afghanistan.

To accomplish this, It has been predicted that the rapid growth in mineral extraction and exploitation is necessary and in the meantime the government shall recognize that the methods and policies of public ownership (nationalization) of the Soviet Union was not economically efficient and sustainable.

As a result, the government of Afghanistan decided to renew the structure of the Ministry from the owner and developer of the mines toward the policy maker and regulator, to develop the private investment for development of minerals.

Considering the new and revised guidelines, the most advanced mining project in the area of Aynak copper mine from the time of the former Soviet Union was given to the MCC Company in China in 2008 after tendering.

Currently, the total value of Afghanistan’s natural resources can only be estimated, but it certainly seems to worth hundred billion dollars. For the first time, the modern systematic exploration was emerged after withdrawal of Soviet troops (25 years ago).

The Ministry of Mines new Procedure and policy for private investment and expansion of investors concern in the minerals sector based on national interests of Afghanistan, is adopted and is under implementation in addition to providing protection and security for businesses and investors who wish to cooperate Afghanistan to make it as a modern, stable and powerful society.