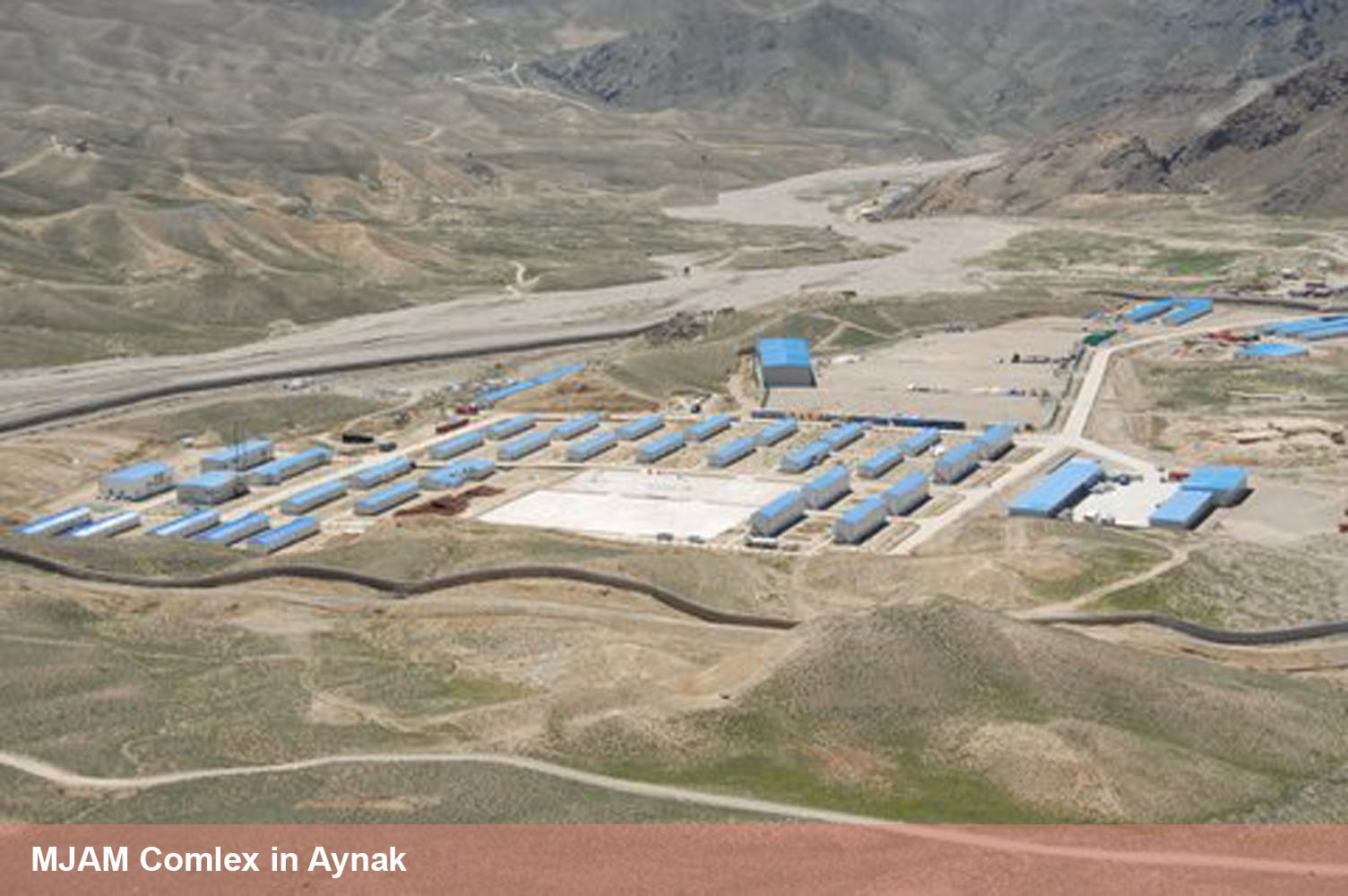 Mes Aynak is a site 40 km southeast of Kabul, located in a barren region of Logar Province. The site contains the world’s second largest copper deposit which looms as major revenue source for Afghanistan.

The Aynak is also a vast complex of over twenty ruin locations, including numerous 5t h-6t h century Buddhist monasteries, as fortress and evidence  of even older Bronze Age settlements buried beneath the rubble of ancient copper mines.

In 2008 MJAM-MCC a Chinese company was awarded a contract to recover the copper resources for the government of Afghanistan. It is a major project for Afghanistan in terms of  employment, training, revenue and infrastructure development.

The province of Logar, located approximately 30 km south-south-east of Kabul, is the home to Mes Aynak.  This area has been the focus of copper working since ancient times. Numerous excavations and pits, as well as remains of smelting furnaces, have been discovered at Aynak and in nearby Darband and Jawkhar.

In 1974, Russian geologists prospected and mapped the Kabul area and rediscovered the Aynak, Darband and Jawkhar copper prospects.  From 1974 to 1976, and again from 1978–1989, the Soviet Geological Mission conducted detailed exploration of Aynak, but this work ceased in 1989 with the withdrawal of Russian advisors and the subsequent civil war halted any further work.

Afghanistan sits astride the collision zone of the Indo-Pakistan and Asian Crustal Plates, which has given rise to the Himalayas. It has a very complex geological history, with a number of small blocks or ‘terranes’ which split off around 250 million years ago from the margin of the Gondwana Super-Continent. These terranes then successively accreted on to the southern margin of the Asian continent. The Kabul Block is interpreted to be one of these fragments and is bound by two major faults; on the west by the Pagman Fault and on the east by the Altimur Fault.

The structure at this occurrence is dominated by the Aynak Anticline. The anticline is asymmetrical and approximately 4 km in length and up to 2.5 km wide. The south-eastern limb dips gently to the south-east but the north-western limb is very deep and in places reversed with dips of 45–70° to the south-east.

The periclinal closure of the anticline at its western end is asymmetrical. Here, the southern limb is overturned and the axial plane is inclined towards the north, north-east. Several sets of later faults cut across the folds.  The oldest rocks exposed in the area belong to the meta-volcanic Welayati Formation, composed of gneiss and amphibolites and are exposed in the core of the anticline.  This formation is overlain by the thick meta-sedimentary sequence of the Loy Khwar Formation, which is a cyclical sequence of dolomite marble, carbonaceous quartz schist and quartz-biotitic-dolomite schist and hosts the copper mineralization.

Seven sectors were originally defined during the first phase of exploratory drilling at Central Aynak. The Loy Khwar Formation is post-dated by basaltic to dacitic meta-volcanic rocks of the Gulkhamid Formation, which are also of Vendian–Cambrian age.

As a result of folding, the copper deposit is divided into two prospects, with Central Aynak located on the shallow-dipping eastern limb of the anticline, and Western Aynak occurring in the area of the periclinal closure at the western end of the structure.